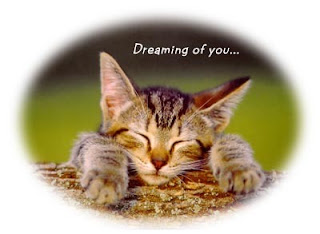 Know what people hate? Other people's dreams! But so what? Last night I dreamt that Barry B. and I went on a fishing trip and found an unopened bottle of gin that predated the Civil War. In the dream, which was long and realistic, I had an entire other life. I taught high school and lived in a trailer. Also, I watched a Scarlett Johansen movie that doesn't really exist. It was a long, boring movie, and in a large portion of the dream I just sat there in my trailer and watched it. Scarlett Johansen was a tough runaway who had made friends with the formerly snobbish daughter of a wealthy family. The wealthy family didn't approve! While I watched the boring movie, I was waiting for the guy to whom the bottle of gin rightfully belonged. I had figured it out through cryptic markings on the package and contacted him. Finally, he came over and picked up his bottle of gin. He was an antiques dealer. In news from the actual waking world, a new monkey has been discovered. That's what the newspaper said! But I need to go now. Look it up for yourself.
Posted by Jack Pendarvis at 8:51 AM