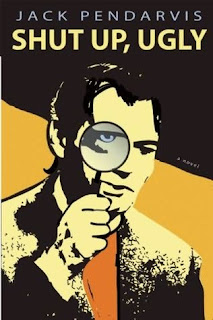 So as you recall, my fake detective novel (I believe a good marketing slogan would be "a fake detective novel about a fake detective") was supposed to come out last August, but it never did, due to shadowy reasons that will never be explained in our lifetime. Well, now I see that the great Robert Coover has a fake detective novel coming out soon! Just one more person whom everyone will think I am copying, assuming my novel ever comes out. The only thing that will save me is my Zac Efron reference, because by the time the novel comes out, Zac Efron will be a withered old man, a marker by which to measure the manuscript's ancient origin. Of course, fake detective novels are not exactly rare. They are sometimes called "literary crime novels," which, as I point out in a recent Oxford American column, just means that the writer wasn't good enough to do the real thing. In the case of Mr. Coover, of course, he is good enough to do anything he wants. So maybe I should really just speak for myself. (Weird! The randomly chosen illustration for this "post" turned out to be the cover for my fake detective novel, which is all that exists of it. I meant to mention the other day that my Jerry Lewis-related "post" was randomly illustrated by a Bizarro Superman dressed as Jerry Lewis, just by coincidence. But there are so many pictures of Jerry Lewis stored in my computer that this happens all the time. Very strange, this latest occurrence, though. Strange and boring.)
Posted by Jack Pendarvis at 8:50 AM