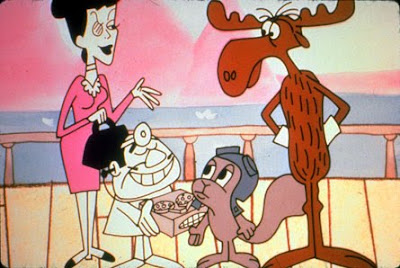 I want to reiterate that I meant no disrespect to the Ellenbogen name with my fanciful speculation that Jerry Lewis would have fun saying it. In the pinched little world of this "blog," it is a compliment of the highest order! As the Dr. Ellenbogen who wrote me pointed out (through the use of vivid if startling medical imagery, renaming a particularly painful and embarrassing affliction after me in jest!) Pendarvis itself is an unusual surname. But oh what I wouldn't give to hear Jerry Lewis say it. That is where Dr. Ellenbogen and I differ, apparently! As I have boasted, I spoke with Mr. Lewis on the telephone once, but I do not recall him saying my name, and certainly I would recall that, wouldn't I? Which reminds me of a story lending credence to Dr. Ellenbogen's point. Once the spouse of Mr. Ward was doing a "shoot" (as we used to call it in the TV business) with the comedian Martin Short, who improvised some asides to an imaginary butler named "Pendarvis." This occurred before she and I met, up until which time she had assumed "Pendarvis" to be a crazy word that Martin Short made up. (Interestingly - ha! - Mr. Short is known for his impersonation of Mr. Lewis.) In addition, someone - I believe it was the man who hates "blogs" - told me that there were some items called "chocolate-covered Pendarvi" on an episode of the Rocky and Bullwinkle cartoon show, though I have never found a clip confirming his recollection. (NOTE: I believe the "blog" needs a picture of Bullwinkle, so no random illustration today.) And in conclusion, my own meticulous research bears out the fact that Pendarvis is a funnier name than Ellenbogen: there are 980,000 matches for Ellenbogen in a google search and only 206,000 for Pendarvis, making the latter nearly five times more unusual than the former. In conclusion, I apologize to Ellenbogens everywhere. It is an honorable name, and fun to say, and worthy, and I meant no harm.
Posted by Jack Pendarvis at 6:48 AM