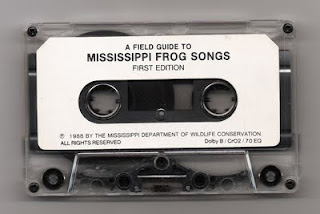 Let's see. I was just thinking that the Rappin' Duke's reference to the medfly might be ironic. Is ironic the right word? Like, a medfly is anything BUT laid back, which is the point. As in "Oh yeah, I'm crazy all right... crazy like a fox!" Or, more to the point, think of that John Wayne movie where he says, "I'm not gonna hit ya... I'm not gonna hit ya... Like **** I'm not!" And then he hits the guy. Which movie is that? PS: I know what "penultimate" means! I am subtitling this "post" in that manner because I feel there will be one more triumphant "post" on the subject of the Rappin' Duke, which will occur when I finally track down the 70s John Wayne impersonator who I believe inspired the "Duh ha ha" laugh of the Rappin' Duke chorus. I think it is interesting that a guy could "laugh like John Wayne" yet really nothing like John Wayne and inspire a chorus for which he might have sued for part of the royalties... EXCEPT FOR THE FACT THAT HE CLAIMED TO BE LAUGHING JUST LIKE JOHN WAYNE. So I guess he would have no monetary rights to the laugh, leaving the guy who came along afterward and recorded the "Rappin' Duke" record to enjoy all the fruits thereof alone. I feel sure this theoretical prior impersonator - this "Prime Mover" of the "Rappin' Duke" if you will - exists. I just can't prove it! It is the most difficult thing to google ever, although I am finding out lots and lots of things about John Wayne. PPS: This may not even be penultimate after all, because I feel sure that Mr. Ward will tell me the name of the John Wayne movie I am referencing above, resulting in multiple "Rappin' Duke" "posts" to follow. PPPS: I should also give credit to my friend in Hubcap City for the random illustration of the busted piano that accompanied a former "Rappin' Duke" "post."
Posted by Jack Pendarvis at 7:42 PM