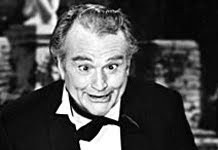 I decided to look up the biography of William Dean Howells on the home page of the William Dean Howells Society, just to make sure that my guess was correct, as I truly know nothing about William Dean Howells. It turns out that I was right: William Dean Howells was not quirky. For example, "after the execution of the Haymarket radicals in 1887, which he risked his reputation to protest, Howells became increasingly concerned with social issues." Admirable, courageous, prescient, and outspoken does not equal quirky. The quirkiest thing I found in the bio was a subject that fascinated him and about which he wrote a book: Joseph C. Dylkes, a man in Ohio who claimed to be a god impervious to physical harm. Mr. Dylkes's first recorded appearance took place when he interrupted a sermon in 1828: "a tremendous voice shouted 'Salvation'... followed instantly by a strange sound, likened by all who heard it to the snort of a horse... He was dressed in a black broadcloth suit, frock coat, white cravat and wore a yellow beaver hat, and appeared to be between the ages of 45 and 50." A good word for that man might be "quirky." He developed quite a following, and also some enemies: "Dylkes tried to hide in the corner, but Gifford seized him and tore out a considerable lock of his hair to carry to his daughter Mary to show her that Dylkes' claims were unfounded."
Posted by Jack Pendarvis at 8:32 AM