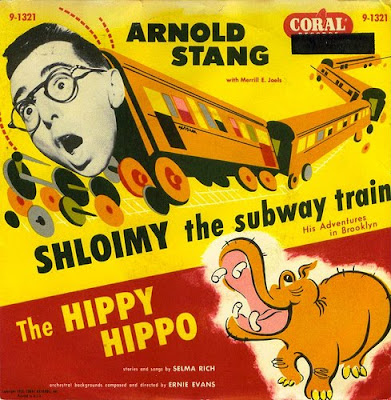 McNeil sends along a clip ("click" here) from youtube, in which Ronald Reagan endorses Harry Truman for president. Is it an interesting historical document? Probably! Who cares? I only got nine seconds in. The first nine seconds, which are all I care about, consist of the announcer saying, "And later, more of 'Serenade to a Presidential Candidate' by Jack Lawrence and Arnold Stang." WHAT? These nine seconds are rife with mystery. For example, why didn't we get to hear any of "Serenade to a Presidential Candidate"? Is it a song? If so, why is it divided into parts? Is it really long, like "Sad-Eyed Lady of the Lowlands"? Or is it just so awesome that the prospect of hearing the concluding verses will take us willingly through a dry endorsement? And who is Jack Lawrence? He is so lucky! He gets to hang out with Arnold Stang! And sing with him, I guess! Was Arnold Stang endorsing Harry Truman through the medium of song? It seems likely! After all, the recording seems to be some kind of package deal, moving from Stang's song (?) to Reagan's speech in support of Truman, to which I did not bother to listen because I was so distraught over not getting to hear the singing Stang.
Posted by Jack Pendarvis at 6:48 AM