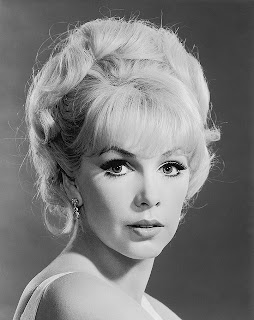 Did you know that Stella Stevens is from Hot Coffee, Mississippi? Me neither! But if anyone was ever from anywhere more appropriate, I don't know who or where that was. It's a fact I learned from a big gigantic coffee table book called MISSISSIPPIANS, of which there is an advance display copy on view over at Square Books. It is filled with big gigantic glossies of the Mississippians of Mississippi. I also found out that Dr. Theresa's "fave" actor Dana Andrews is from Mississippi! I am not. But somehow I am in the book, so I need to get a copy for my mother. They have a section called "Writers." But they also have a section about nutty kooks who are wacky. That part is called "Colorful Characters." Guess which one I am in. I am not complaining! In fact, I am quite happy and honored to be lumped in with Jerry Clower and Ron Shaprio, my fellow zanies. We're so crazy! Aw, what's the matter, is the sensitive little artiste feeling misunderstood? I promise I am not complaining, because I really want my mother to have this book. And seriously, it is an honor to have one's picture in such a book, out of all the good people in Mississippi who, unlike me, are actual Mississippians. Hey, did I ever tell you about the time I tried to explain the genius of Jerry Clower to Mr. Ward, who is from Connecticut? I kept trying to make the funny noise that Jerry Clower makes. It is like this: "Hrrrroowwwwwh!" Then I got this video editor Ralph (from Arkansas) to start doing it too. We were both doing this: "Hrrooowwwhhh!" Yet Mr. Ward still didn't get it. Ralph tried to tell some stories from Jerry Clower LPs, but it wasn't the same. It's not Ralph's fault! So then we just went "Hwroowwwhhh!" until Mr. Ward could barely take it anymore. Ralph used to say things in normal conversation like, "That would knock a puking dog off a gut wagon," which Mr. Ward enjoyed parsing. (Above, Stevens. Below, Clower.) 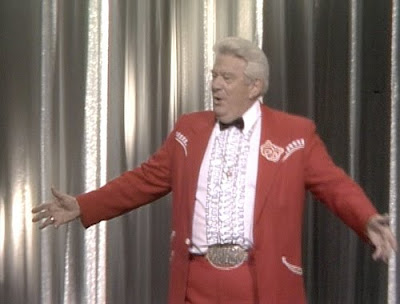