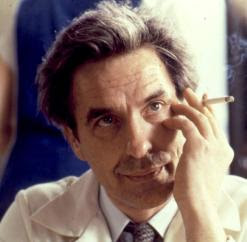 Don't you want to hear about a commercial I saw in the wee hours when I couldn't sleep? As I have noted before, commercials at that hour are obscurer. This one was for a jewelry store, which is not as obscure as the time I saw the one for the chimney sweep. And I seem to recall a birdseed commercial I saw back in Atlanta one time. Ah yes, I love to sit back and nostalgically consider commercials I have seen. Last night's scene was set in a family garage. Dad was under the car, tinkering away! You know how he is! He rolled out to retrieve something and his son surprised him by asking advice on the subject of marriage proposal. "You need to get down to Riddles Jewelry Store. They have great bargains and the finest quality merchandise. She's worth it," the dad suggested. I am paraphrasing, but that's pretty close. I believe that was the name of the store: Riddles. At the close of his advice, the dad rolled back under the car and called for a wrench. When he rolled back out, his son did not hand him the wrench, for the son had already scooted off to Riddles! The dad looked around, amazed. Then, as the announcer drove home the message about Riddles, we were treated to a pantomime scene of the son at the ring counter, his face aglow with happiness. He was holding the wrench aloft! That's where the wrench went! The son ran so fast to the store that he forgot he was holding the wrench! I could almost hear the director: "Hold it higher! Higher! We have to see the wrench! That's the payoff!" The result was somewhat unnatural for the poor actor required to display the wrench. He probably said, "Why would I be holding the wrench like this?" And the director was like, "You're so excited, you forgot you have it!" And the kid said, "Okay, I guess that could happen, but in that case wouldn't it just be held loosely at my side like this?" And the director said, "Then there's no payoff! The jewelry counter is blocking the shot!" And they argued a little, and the director said, "What are you, John Cassevetes? I can get a hundred other kids in here who will hold the wrench. Just do it!" The unintended consequence was that the final scene in the commercial looked like a jewel store robbery in progress! If the man didn't hand over the goods, the kid was going to slug him with a wrench! That was the general impression. Of course the kid had a big goofy smile plastered on his mug, but maybe he was one of those grinning psychopaths you hear about.
Posted by Jack Pendarvis at 4:38 AM