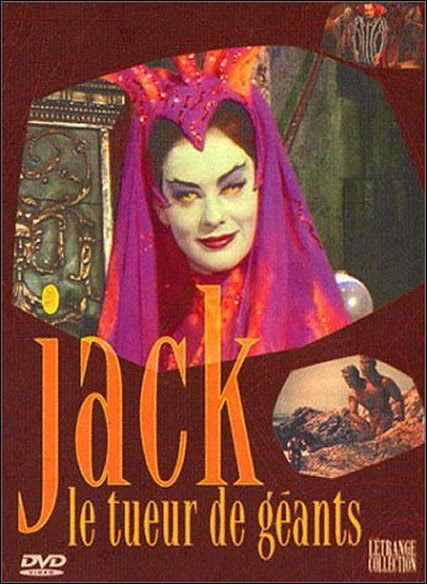 The cable is back, in case you were worried! Theresa and I came in forty minutes late to JACK THE GIANT KILLER, starring Kerwin Mathews, whose passing we have so recently lamented. The scene we happened upon took place on a sailing vessel, as some sailors were menaced by glowing entities. One of them seemed to be a duck or lizard that could blow powerful wind out of its mouth/beak. Another was some kind of skeleton bride, I believe. In the next scene we met the main villain, whose demeanor, henchmen, and lair MUST have inspired Terry Gilliam when he came up with the Evil Genius for TIME BANDITS. The similarities are too numerous to be coincidental, according to the calculations of the Pendarvis Building computer bank. And later we got a Viking, a leprechaun, and a chimpanzee in a black bikini bottom - nor were these the totality of the exciting characters to be encountered. Meanwhile, on the next channel down, they were showing KEEPING THE FAITH, a mild, possibly neutered romantic comedy starring Ed Norton and Ben Stiller, two very likable young performers, and I couldn't help but marvel at how the tacky visions of misguided crackpots are always preferable to the tasteful displays of respectable executives. Okay, bye!
Posted by Jack Pendarvis at 12:41 PM