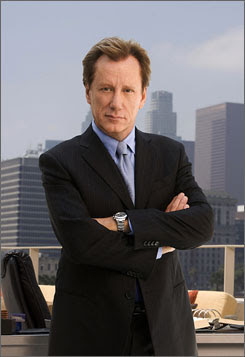 I check a "blog" called "The Elegant Variation" about a million times a day. I enjoy its eccentricity and passion. But I originally "linked" to it because I noticed that Jim Ruland "blogged" there occasionally. Now I don't know Jim Ruland, in fact have never met him (despite my cavalier designation of him as a "Blog" Buddy) but I read his book BIG LONESOME and enjoyed it very much. I was made aware of the book after John Warner interviewed me and I saw a Ruland interview he had done previously. It seemed to me, after reading BIG LONESOME, that Mr. Ruland and I shared certain concerns and tics. And later, when I met Pia Ehrhardt, she said, after hearing me read, that I would really like her friend Jim Ruland, and I was happy to be able to tell her that I had already read his book! Well, anyway, I have figured out where Jim Ruland actually "blogs," so I want to "link" to it for you. And I also want to make it clear that I don't really know him, as he gave my second book such a nice review. But the main reason I started "posting" just now was because of "The Elegant Variation," which is misleadingly labeled, in my "links" column to the right, "sometimes Jim Ruland 'blogs' here." Okay. Now I must apologize for never having figured out "paragraph breaks" on a "blog." Because what I meant to say from the very beginning was that I like "The Elegant Variation" despite (because of?) the fact that it makes me shout things at my computer, such as "What are you so worked up about, James Wood? You're going to give yourself a stroke! Have a cool drink and cut a fella some slack!" or "Dude! TV is awesome! And for that matter, music is way better than books so maybe we should all take up the flute!" or "Holy cow, A.N. Wilson! We'll all be dead in a hundred years, so who cares?" Wow. Now I feel better. Anyway, I just wanted to say that I'm going to leave up the "link" to "The Elegant Variation" because it has earned a place in my heart but I will also put up a "link" to Jim Ruland's actual "blog." Okay! (Pictured, James Woods, who I sometimes pretend amusingly to myself is the book critic James Wood.)
Posted by Jack Pendarvis at 8:24 AM