A Guide for the Perplexed 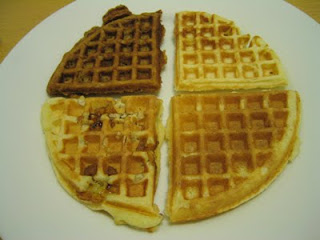 The more I think about the prank that the Bizarro Superman disguised as Jerry Lewis is playing on the superdog [WHY??? - ed.] the more confused I become. It appears upon close inspection that the dog is a Bizzaro superdog, meaning that he is the opposite of a regular superdog. I begin with the assumption that a superdog has the same tastes as a regular dog. The more I think of it, a regular dog (AND a superdog) would most likely PREFER a "cold dog" to a "hot dog." Do dogs enjoy piping hot food as a rule? They do not, in my experience. On the Bizarro world, then, I believe it is safe to assume that the dogs would insist that their food be served right out of the oven. This being the case, IS NOT THE BIZARRO SUPERMAN DOING HIS DOG A BIG FAVOR BY USING HIS HEAT VISION TO BROIL THE HOT DOGS IN QUESTION? If so, in what sense is it a "prank"? But maybe on the Bizarro world, pranks are favors! But then... my head hurts. I named this "post" after a work by the great 12th-century thinker Moses Maimonides. Ha ha! That's some of that intellectual humor that everyone enjoys.
Posted by Jack Pendarvis at 7:37 AM