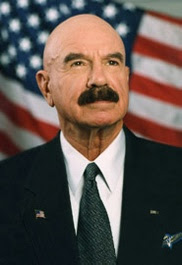 Time once again for "Literary Matters" - terrible, horrible literary matters. Nobody likes literary matters but they keep happening anyway. Today we have a quartet of literary matters. That's fancy talk for "four"! 1) George Singleton writes in - spurred by the recent sad news - to say that a few weeks ago - before the sad news! - he was on a panel and an audience member asked him to name his biggest influence. He said Henry Gibson. "And it's true," Singleton avows. "I started writing little poems after watching that genius on Laugh-In... Who needs Faulkner?" 2) I picked up a big old sackful of books at a Little Rock used bookstore called River City Books & Gifts. One thing was a first edition of THE NEPHEW by James Purdy. At the top of page 1, some helpful person has scrawled a message in pencil: "THIS DOESN'T MAKE SENSE." Another thing was THE LORE OF THE UNICORN by Odell Shepard, so expect even more unicorn lore than usual! The NBIL will be glad to hear that Chapter Two is all about the unicorn as it appears in the Bible. Mr. Shepard writes a lot of things like, "If we were concerned in this book with the unicorn itself rather than with unicorn lore there could be no excuse for having postponed for so long the question concerning the animal's actuality." 3) I believe this is a literary matter because it concerns the book that McNeil and I intend never to write. An article in yesterday's New York Times ponders "what Herbert Marcuse called 'repressive desublimation,' which reroutes unruly and rebellious instinctual energies into politically harmless sybaritic indulgence, escapist entertainment and spiritual delusion." And I was like, okay, but the title of our book ("Hipster Hegemony," which refers to the same phenomenon) is a lot catchier than "repressive desublimation," though that's not going to stop me from saying "repressive desublimation" ALL THE TIME! (Once again, credit for the term "hipster hegemony" goes to our friend DJ Gnosis.) 4) This is from a blurb (by Benjamin Kunkel) on the back of a Robert Walser novel: "When Walser met Lenin in Zurich during the war, all he had to say was 'So you, too, like fruitcake?'" First, I love a blurb with an anecdote in it. Second, it reminds me so much of the single remark that James Joyce passed with Marcel Proust. Goodbye from your dreaded "Literary Matters."
Posted by Jack Pendarvis at 1:14 PM