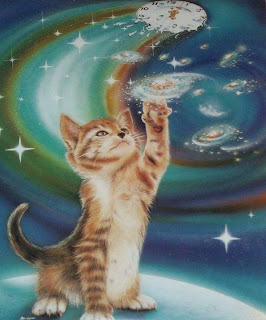 There are several pages in Kierkegaard's REPETITION (tr. M.G. Piety) on the subject of farce, and let's face it, he's actually talking about Jerry Lewis. It's easy to see! All you have to do is replace the word "farce" with the name "Jerry Lewis" and everything Kierkegaard says is 100% accurate. He starts by explaining Jerry's appeal (I mean, farce's) to a wide audience, from the "shouts and shrill laughter" in the gallery to the "applause of a sophisticated and critical audience," and postulates that Jerry Lewis (I mean, farce) cannot be imagined without "the constant accompaniment" of both. Jerry Lewis, claims Kierkegaard, allows a study of "the pathology of laughter in a variety of estates and temperaments... Every ordinary aesthetic category fails when it comes to [Jerry Lewis]... because with [Jerry Lewis] the effect depends largely upon the observer's own energetic contribution... To watch [Jerry Lewis] is, for the sophisticated, like playing the lottery, only without the unpleasantness of winning money [great line! -ed.]... [Jerry Lewis] can put one in the most unpredictable mood. One can thus never know with certainty whether, while in the theatre, one behaved as a respectable member of society who has laughed and cried in the right places... No effect of [Jerry Lewis] is brought about through irony, but through naivety. The spectator must therefore become involved as an individual... It is precisely the relating of the spectator to [Jerry Lewis] from which much of the amusement comes, and he must be willing to dare to risk this, though he will seek vainly to the right and to the left and in newspapers for a guarantee that he has actually been amused. For a sophisticated person, on the other hand, who is still unembarrassed enough to dare to be amused all by himself... [Jerry Lewis] will perhaps have a very special meaning." I could go on and on. In fact I think I have.
Posted by Jack Pendarvis at 1:33 PM