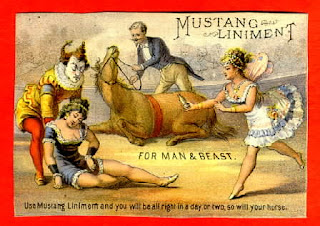 Time once again for Your Jerry Roundup. This is when the Jerry references begin to accumulate. First, the sad part of Your Jerry Roundup. Jerry is mentioned in the New York Times obituary of Henry Gibson as the man who gave Mr. Gibson his break in the movies. (E-mail from Mark Childress on the subject of Henry Gibson: "If, like me, you loved him as Haven Hamilton in 'Nashville,' then you will probably also not be able to forget him holding up his little flower on Laugh-In.") Now for the mysterious part of Your Jerry Roundup. A nice person on the twitter told me that the CIA had a hand in the editing of a Jerry Lewis movie! It's true, people! Here is the article, if you care to "click." The movie in question was the Martin & Lewis vehicle MONEY FROM HOME, and the scene removed by an "operative" who was "planted... inside Paramount Pictures" sounds truly awful, so maybe they're not so bad after all. You know I am a HUGE fan of Dean Martin and Jerry Lewis, right? I even OWN a copy of MONEY FROM HOME. But let me tell you, in this case I don't think the CIA went far enough. There were a few other scenes they might have trimmed while they were in there, that's all I'm saying. Not because of any political content... just as a favor.
Posted by Jack Pendarvis at 6:11 AM