What Have You Got Against Champagne and Diamonds? 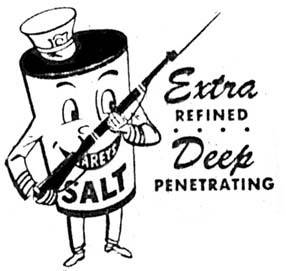 Yesterday in class I read some Samuel Beckett out loud and then I read some Anita Loos out loud. The Samuel Beckett was like this: "I see then I had attributed to myself certain objects no longer in my possession, as far as I can see. But might they not have rolled behind a piece of furniture? That would surprise me. A boot, for example, can a boot roll behind a piece of furniture? And yet I see only one boot. And behind what piece of furniture?" The Anita Loos: "So now we are on an oriental express and everything seems to be quite unusual. I mean Dorothy and I got up this morning and we looked out the window of our compartment and it was really quite unusual. Because it was farms, and we saw quite a lot of girls who seemed to be putting small size hay stacks onto large size hay stacks while their husbands seemed to sit under quite a shady tree and drink beer. Or else their husbands seemed to sit on a fence and smoke their pipe and watch them." That's just a taste of each. And it turns out that the more Samuel Beckett you read out loud and the more Anita Loos you read out loud, the more Samuel Beckett starts to sound like Anita Loos and the more Anita Loos starts to sound like Samuel Beckett. Their rhythms, their repetitions, are similar. Their provisionality is similar, their unwillingness to state outright, not Beckett's and Loos's, I guess, but Malone's and Lorelei Lee's. But Lorelei Lee enjoys champagne and diamonds and was played in a movie by Marilyn Monroe (unlike Malone, but that would have been awesome), so we ignore the ambitious modernist stylization of the language. But wouldn't that make a nice long academic paper for somebody to write: Malone vs. Lorelei Lee? And the roles that gender and genre preconceptions play in the relative seriousness of critical energy expended and blah blah blah?
Posted by Jack Pendarvis at 8:17 AM