I Know You Care 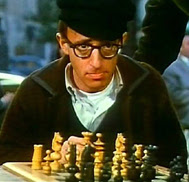 Everyone is breathless to know what I will read now that I have polished off THE EXECUTIONER'S SONG like a real reading pro. Here's your answer, world! PICTURES AT A REVOLUTION: FIVE MOVIES AND THE BIRTH OF THE NEW HOLLYWOOD, by Mark Harris. It's shorter than THE EXECUTIONER'S SONG but longer than THE EYE, LAST NIGHT AT THE LOBSTER, and THE FAR SIDE OF THE DOLLAR put together. But swift! Swift and punchy. I'm just thirty pages in, but I have already learned that at the time of the Kennedy assassination, Warren Beatty was over at Stanley Kubrick's place, trying to talk him into directing WHAT'S NEW PUSSYCAT (!). You know I enjoy books about movies, such as THE STAR MACHIINE by Jeanine Basinger (who provides a blurb for PICTURES AT A REVOLUTION), from which we all learned so much about the Weenie Whirl. I want to direct McNeil in particular toward PICTURES AT A REVOLUTION, as it appears that roughly one fifth of the book will be dedicated to the story behind one of his favorite films: THE GRADUATE. (Pictured, a scene from WHAT'S NEW PUSSYCAT, which was NOT directed by Kubrick after all, though Woody seems close here to demonstrating the famous Kubrick up-through-the-eyebrows dead-eyed stare.)
Posted by Jack Pendarvis at 9:04 PM