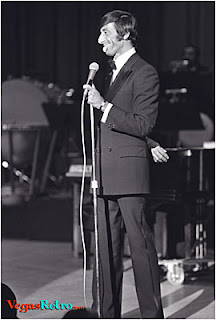 Back from an eventful and happy trip. And who should be waiting in the inbox to keep the "blog" going but McNeil, with another edition of his famous "Movie Korner"? McNeil reports that you can now see "almost the entire [Jerry Lewis] film THE BIG MOUTH on YouTube." I have not vetted McNeil's statement, as I am weary, but I trust old McNeil. McNeil is highly pleased by Jerry's antics in THE BIG MOUTH (overjoyed might not be too strong a word), and notes - with five enthusiastic exclamation points - that Charlie Callas is in the film. We now officially add Charlie Callas to the hallowed ranks of Arnold Stang, Fess Parker, Lee Iacocca, and all the other people of whom you "blog" readers are too young and tasteful to be aware. We are happy to inform McNeil that "internet" "research" finds Mr. Callas still hard at work: his film HORRORWEEN is due out next year. It is directed by Joe Estevez (Martin Sheen's brother), a gentleman I once met at a party in Mobile, Alabama. But that (like my arcane knowledge of Carol Channing's dietary habits) is for another "post"! I'm tired, remember? Hey, once when I was standing around with Mr. Ward and Mark and Kent Osborne in Santa Monica, I met Martin Sheen - if chasing Martin Sheen down the street is considered "meeting" him. Why was I chasing Martin Sheen down the street? Once again - I'm tired. What do you people want from me? All will be revealed in due time. Though apparently I am not too tired to find a picture of Charlie Callas with which to decorate this "post," nor to locate the "web" site of Mr. Callas, which employs the kind of audio feature that McNeil enjoys so much. Hey, if I don't "post" enough for you over the next few days because of my weariness, you should spend some time reacquainting yourself with this movie-related "link." We've added a bunch of new titles recently.
Posted by Jack Pendarvis at 12:22 PM