I Thought of Four More Things, For a Total of Eleven Things of Which I Have Thought 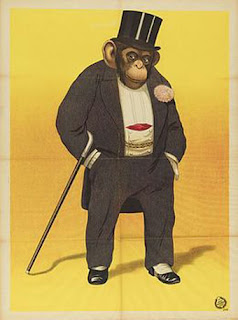 I thought of four more things to say about RALLY 'ROUND THE FLAG, BOYS! 1) It gives you a chance to see Paul Newman trying out his method acting up against the unapologetic mugging of Mr. Mooney of THE LUCY SHOW fame. (Yes, I am aware that you have never heard of Mr. Mooney or THE LUCY SHOW, so here's your chance to do some research for extra credit!) 2) Yes, the title has an exclamation point in it, but the fun doesn't stop there! There's a comma and an apostrophe, too! 3) SPOILER ALERT! Like all good movies, it features a chimpanzee wearing underpants. 4) This one is a warning. It contains a long Native American skit of the unfortunate kind that prevented us from giving a proper obituary tribute to Joey Bishop. The skit begins with a dance number that you are almost tempted to forgive because of the interesting gyrations of Joan Collins and Tuesday Weld. The skit devolves thereafter into a certain kind of mayhem that will put you in mind of ADDAMS FAMILY VALUES (directed by Barry Sonnenfeld, with whom I once shared an elevator) or BUFFALO BILL & THE INDIANS (also starring Newman, this time with an ampersand in the title) but lacking the rather more enlightened attitude of those films.
Posted by Jack Pendarvis at 3:32 PM