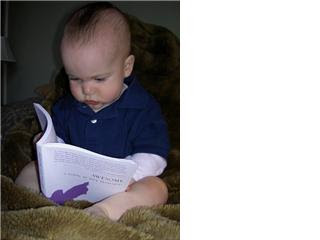 I know what I promised: no more literary matters. Yet here we are. We have seven literary matters. 1) Theresa gave a Brown Bag Lecture today. She refused to let me advertise her performance in advance on the "blog." Despite the absence of this mammoth engine of publicity, however, she drew quite a crowd, which she then proceeded to mesmerize with her highly personal take on the story of Lizzie Borden. 2) Last night we were at the TurnRow bookstore in Greenwood, MS, where I had a conversation with a book club who had just finished up my story collection YOUR BODY IS CHANGING. They were insightful and kind! 3) After the reading, we went out to dinner at Lusco's with Jamie and Kelly, the owners of the store. Lusco's was founded in 1933. Much like Pink's, they display photographs of celebrities who have eaten there. Alice Ghostley, who played Esmerelda on BEWITCHED, ate at Lusco's, if my own eyes are to be believed. But the king of the celebrity diners was "blog"spiration Paul Harvey, who was represented by three or four glossies, as well as a framed page of his typewritten news report - an item from 1979 in which he mentions Lusco's. 4) Speaking of Jamie and Kelly, this "post" is illustrated with a picture of their son LITERALLY drooling over the delectable prose in a galley of my upcoming novel AWESOME. It bodes well for my chances with the much sought after males from 0-1 demographic. (Note: In the larger version of the picture, which I can't seem to reproduce here, you can see quite clearly both the title and a perfect bead of drool.) 5) Also speaking of Jamie and Kelly, TurnRow books now has a "blog." They give THIS "blog" credit for inspiring it, in terms almost too flattering to "link." 6) Last night at dinner I described how much I love the scene in NASHVILLE when Ned Beatty is waiting for eggs to boil. I stood up and demonstrated the way Ned Beatty looks while he is waiting for eggs to boil. Jamie suggested a new "blog" feature: Greatest Egg Scenes. His favorite occurs at the end of BIG NIGHT. I know we are skirting the bounds of the literary right now, but those are pretty high class movies and I'm going to say they count. 7) We are off to New Orleans for the Tennessee Williams festival. I'm on a panel with Julia Reed and James Wilcox. I'm very sorry that my copies of MODERN BAPTISTS and NORTH GLADIOLA, two funny and tender novels by Mr. Wilcox, are in storage in Atlanta right now. I'll miss out on having him sign them! Anyway, expect a slackening of the "blog." These have been our literary matters.
Posted by Jack Pendarvis at 11:16 AM