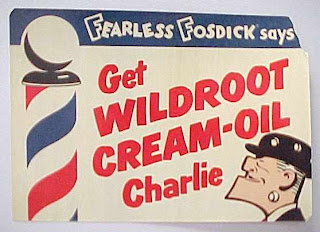 I have a list of nine things to do today. Do you know how many I have done? Some. I have done some of them. I made an appointment to get a haircut, for example. Man alive, this is where "blogging" shines! For example, I can tell you the last time I got a haircut: July 21, 2007. I know what you are thinking: "What a maverick! That is a long time to wait between haircuts, Jack Pendarvis!" You probably want a few "links" like this or this so you can see how shaggy it [his hair - ed.] was getting. It is even shaggier today, if you can imagine such an interesting thing. By an astonishing stroke of fortune I just spoke on the telephone with McNeil, who was ON HIS WAY TO GET A HAIRCUT. But you are probably more interested in my haircut. You probably want to know, "Why a haircut now? Why now, Jack Pendarvis?" I will tell you why now! Because my sister is getting married! That's right! For our family, it is a wonderful occasion, but I know what you are thinking: "How will this marriage affect the 'blog'?" Two main ways. First, "blogging" is going to slow down over the next several days. Second, we have to think of a new name for the FBIL, whose initials used to stand for "future brother-in-law." We must think of something that will not cause you to confuse him with the old brother-in-law, occasionally [just once - ed.] referred to as the PBIL. There is also another brother-in-law (ABIL) for that matter. Let me be perfectly clear. Theresa has a brother. He is my brother-in-law. Theresa's sister has a husband. He is Theresa's brother-in-law and my brother-in-law. My sister is about to wed a husband, who will then be my brother-in-law and Theresa's brother-in-law. I have a brother who is Theresa's brother-in-law, but for "blogging" purposes I just call him "my brother," so that does not affect the "blog." It might also be observed that I myself am a brother-in-law several times over. Don't worry, everybody! We are going to work it out.
Posted by Jack Pendarvis at 12:19 PM