The Center for Advanced Donut Studies 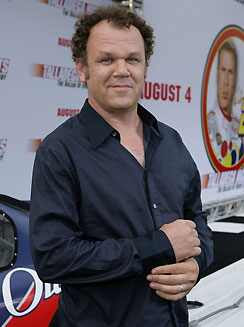 Dr. "M." has some information to add about the experience of writing the definitive monograph on Krispy Kreme: Her research took her to the Smithsonian, where, as Dr. "M." reports, "they have the original donut (or doughnut) machine in storage. Sweet, no? (Pun intended.) I wanted to also say thank you for 'putting up' (not to be confused with canning) one of my favorite paintings," Dr. "M." goes on. "The other night I walked into a party and found that painting was the image on the hostess's coffeetable. I gasped, 'Hieronymous Bosch is your coffee table!'" Dr. "M.'s" communique here takes a turn into a third, equally lively subject, very much in the Larry King tradition we have been striving to foster. "Today is Country Music Day in my class," she writes, "and I could not resist bringing in a number of Loretta Lynn and Dolly Parton songs. BUT I really could not resist bringing in Jeannie C. Reilly's (not to be confused with John C. Reilly) song HARPER VALLEY PTA. Remember the made for TV movie of the same name starring Barbara Eden?! I wish they would remake it." A brief editorial note, Dr. "M.": The film was a theatrical release, not a TV movie, but it was "remade," in a sense, as a sitcom, also starring Barbara Eden, a few years later. (Pictured, John C. Reilly.)
Posted by Jack Pendarvis at 4:07 PM