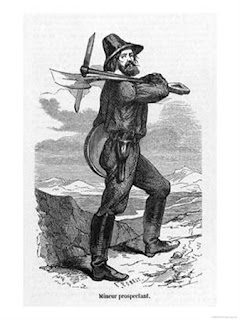 Well, there is a Jerry Lewis reference in the New York Times today, as always, and one to Gilbert & Sullivan as well, but you're going to have to look them up yourself. Not to mention the article I thought SHOULD have referred to Jerry for a number of reasons, but didn't. I can't tell you about it now. I can't tell you about it because McNeil has been digging around in the New York Times archives, old articles to which I cannot figure out how to "link." Nor can I "cut-and-paste" them, because of their format. Which leads to my least favorite activity. Typing. McNeil leads with a page from the TV schedule in the New York Times for June 11, 1970. I can't figure out precisely what he wants me to notice about it. But the capsule descriptions of the day's programming - particularly the movies - are notable for their strange terseness, whether laudatory (GENTLEMAN JIM is described as "Brisk boxing picture. Flynn dandy") noncommittal ("'Face of a Fugitive' (1959) Fred MacMurray, Lin McCarthy. Man with a past") or judgmental, verging on dadaism (here's what they say about a film called THREE FOR BEDROOM C: "Extremely flimsy, choo-choo included"). McNeil also sends along two bad reviews of Jerry Lewis films, suggesting that I write a letter to the editor of the New York Times, rebutting them. The review of WAY... WAY OUT is remarkable only for the creepy dollop of misogyny - or perhaps what we might more properly call a phobia of women, rather than overt hatred - in its description of Anita Ekberg as "slimily svelte." Ew! I don't want to think about the reviewer's many possible psychological problems. Speaking of misogyny, McNeil gives us an old Broadway theater column for dessert, in which plans are announced for Jerry Lewis to star in a play about a man with five wives, "each of whom performs a different chore." From what McNeil can tell through his constant burrowing and digging like a little gopher of the mammalian variety, this staging never came to pass. Almost as intriguing is the next item in the column, about a play called FIRST ONE ASLEEP, WHISTLE, which opened and closed on the same night. What I like is that it sounds like the unbelievably fake title of a play-within-a-play. I will conclude, as Jerry Lewis and Broadway are still bouncing around in my head, by saying that Laura Lippman's dream came true, and she caught a performance of BOEING, BOEING. If we are lucky, and I can talk her into it, maybe we'll have a mini-review on the "blog" soon.
Posted by Jack Pendarvis at 8:21 AM