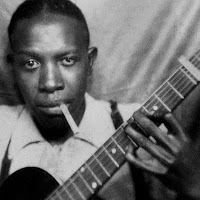 Speaking of nature's bounty and man's subjugation of it: before my reading at TurnRow yesterday, we saw Jamie and Kelly's garden. It's thriving. We were particularly taken with the "lemon cucumber," a prickly beauty with a soothing fragrance. I regret to say that I left my "lemon cucumber" in the cup holder of Jamie and Kelly's new car. Jamie drove us in the new car to the grave of Robert Johnson. Well, it is one of two or three disputed gravesites of Robert Johnson, but Jamie is pretty sure this is the one. It's the only one with an eyewitness, says Jamie. People had left offerings around the grave - sunglasses, spare change, a shot glass, and a surprising number of Mardi Gras beads. "You know, because he loved Mardi Gras so much," was Jamie's deadpan remark. The churchyard was full of dragonflies. I mean, full. There were scores and scores of them, all over the churchyard and the adjoining field. Theresa, who very much likes dragonflies and sometimes purchases objects imprinted with their emblem, said, "I'm glad they're going about their business and not swarming all over us like in a horror movie." It was a strange and beautiful sight, this squadron of dragonflies around Robert Johnson's grave. None of us had ever seen so many dragonflies congregating. Later, Kelly told us that Greenwood had been hit with a cricket epidemic of Biblical proportions one year, and a similar onslaught of palmetto bugs in another. "Maybe it's dragonflies this year," she said. We also drove across a bridge over the Tallahatchie River. See above. 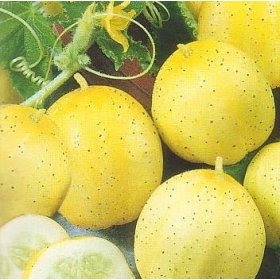 Posted by Jack Pendarvis at 2:23 PM