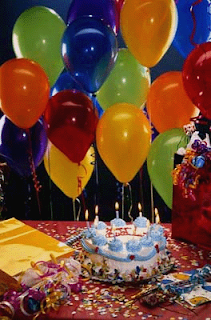 Hi! I just got back from a party. It was the kind of party where some guy challenged me to arm wrestle... and I did! I'm still not 100% sure who that guy was. It was a party with John Hodgman and Roy Blount Jr. in attendance... and an 18 year old cat - I mean an actual feline - who was practically a skeleton (from age) but very sweet and loving. I spent most of the evening with the cat. I was also briefly interviewed by a reporter from the New York Times, or so he said. In any case, he had a little notepad with him, which conferred an air of legitimacy. Mr. Blount was a gentleman as always and a wonderful conversationalist. Mr. Hodgman, who I met for the first time tonight, was very nice and polite as well. He said things like, "Come over here, Camel Hair!" (because I was wearing a camel hair jacket) and "What's the Jack Pendarvis story?" Very polite and solicitous. Right before I left the party, Mr. Hodgman and I sang a little bit of "Tonight You Belong to Me" together (a song about which I've "blogged" before... and written about for the the Oxford American). Mr. Blount, Mr. Hodgman and I were all on the Thacker Mountain radio program tonight. Mr. Hodgman very much enjoyed the song stylings of Dent May, who was one of my undergraduate students and is now a ukulele player of no small repute (which fact spurred the conversation between Mr. Hodgman and myself about "Tonight You Belong to Me" and led to its abbreviated performance by us). But the craziest thing is that I sang "I Started a Joke" on the radio show tonight, and the pianist who accompanied me (along with a great band) was Jim Dickinson, who played piano on the Rolling Stones song "Wild Horses." The world is truly a sordid and meaningless place if such a thing can happen! But it did.

Posted by Jack Pendarvis at 9:28 PM