Also There Was a Monkey 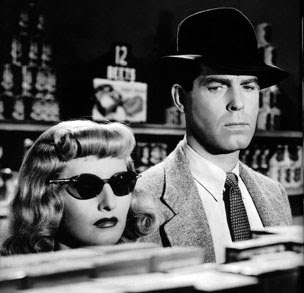 In the grand tradition of such hilarious "post" titles as "Arnold Stang in the Membrane" and "Tremain on the Brain," we had fully intended to entitle this "post" "Cain on the Brain" for your pleasure and enjoyment. But in the long run, we got off track, as you are about to see. Last night I finished reading HARDLY KNEW HER by Laura Lippman, an excellent collection of suspense stories that often put me in mind of Lippman's fellow Baltimorean Edgar A. Poe, because of a shared sense of dread and predestination, and characters just THIS CLOSE to being pushed over the edge. And then they are! Pushed over the edge, I mean. I thought about some of the darker Thurber stories, too, like the one about the whip-poor-will... stories of domestic suffocation. I was also reminded, while reading Lippman's absolutely masterful collection, of a blurb I've seen several times on Ross MacDonald's detective novels, saying that MacDonald writes not about crime, but sin. The same could be said of Lippman. Every time I finished a story in Lippman's book, it became my new favorite! So after I finished "Scratch a Woman," the terrific novella that concludes HARDLY KNEW HER, I read Lippman's afterword, in which she acknowledges her debt, particularly in the novella, to MILDRED PIERCE and DOUBLE INDEMNITY by James M. Cain. And as I was reading that, Theresa was lying right there next to me reading MILDRED PIERCE by James M. Cain! She's teaching it here at Ole Miss this semester. Not only that, but McNeil has made the leap from the major American delivery service to teaching a college course in film noir. He's teaching both the film and the book DOUBLE INDEMNITY. And he told me the other day that the book is even better than the movie. That's really something, coming from McNeil. So Cain is everywhere, I guess. Speaking of McNeil and movies, Theresa and I just finished watching a pretty crazy Mario Bava opus entitled 5 DOLLS FOR AN AUGUST MOON. What the title means, I still have no idea. But all the way through the movie, I kept saying to Theresa, "McNeil would love this furniture!" Yes, it contained just the kind of furniture that McNeil always admires in a Jerry Lewis movie. Scads of it! One scene reminded me of a particular segment from Lewis's CRACKING UP: there's a big fight in 5 DOLLS during which a bunch of decorative glass balls are knocked off a table and onto some shag carpet. They roll down a flight of stairs, across some slick red tile and (here is where the comparison with Lewis ends) into a large bathtub that happens to be the scene of a murder. Otherwise, I might lazily describe 5 DOLLS FOR AN AUGUST MOON as a cross between Antonioni and Matt Helm... Antonioni because it features a bunch of Italian characters (or people dubbed in Italian, anyway) aimlessly wandering around an island, and Matt Helm because of a prominently featured motorized round bed. Finally, not to bring things all the way back around (the way a motorized round bed might), I would like to confirm that yes, as predicted in our last "post" on the subject of Laura Lippman ("click" on her name, above), today's chapter of her serial in the New York Times magazine contains a beautiful summary of the film WHAT A WAY TO GO!, which we now quote in part: "Also there was a monkey. This struck Tess as the most trenchant bit of film criticism that she had ever heard from her father, something that could equal Andrew Sarris’s auteur theory. She would run this past Lloyd, the film student, the Tess Monaghan theory of awfulness in movies, summed up by one line: Also there was a monkey." Aside from the obvious typo (she must have meant "awesomeness," not "awfulness") the summation of WHAT A WAY TO GO! is well worth reading in full. Check it out! There are lots of spoilers, in case you care. But they are tantalizing ones, if you ask me! (Pictured, a scene from Billy Wilder's DOUBLE INDEMNITY. Fans of meaningless coincidence will wish to note when "clicking" on the previous "link" that the last time we mentioned Billy Wilder was EXACTLY ONE YEAR AGO TODAY! [Remember when I "blogged" about Max Fleischer and then "blogged" about him again exactly one year later? Holy cow! Sometimes I start typing and can't stop. I think it's a recognized medical condition, no kidding. For example, now I'm going to tell you that according to that same Billy Wilder "post," we apparently watched an Italian horror movie one year ago today! But it was directed by Fulci, not Bava.] "Also there was a monkey" in Wilder's SUNSET BOULEVARD, but it was a dead monkey, so I wonder whether Tess Monaghan would make an exception.)
Posted by Jack Pendarvis at 10:41 AM