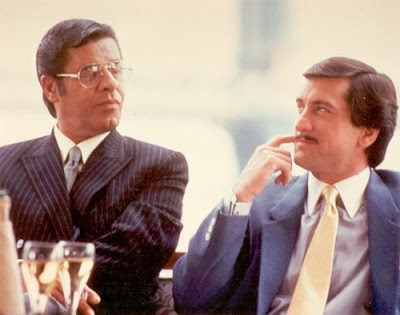 So I was watching the actor Ed Norton being interviewed on TCM tonight, and the interviewer asked him what actors he liked and Ed Norton said Robert De Niro. And the interviewer asked him which movie. And Ed Norton finally settled on THE KING OF COMEDY. So the interviewer asked Ed Norton to describe something De Niro did in THE KING OF COMEDY that "blew [Norton] away." I think he pressed him a couple of times, and I think it was with those very words, yes, to name a scene that "blew" him "away." So at last Norton described a scene, but it was a JERRY LEWIS scene, not a De Niro scene! And furthermore (I don't think I say "furthermore" enough), yes, furthermore... where was I? Furthermore, Ed Norton said that Jerry was just as good as De Niro in the film, and I was like, "That's right, Ed Norton!" I was like, "Spread the Jerry." That's what I was like.
Posted by Jack Pendarvis at 6:29 PM