Today In Bob and Jerry News 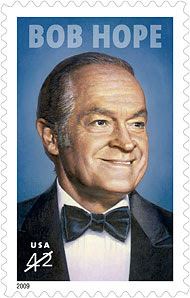 ITEM: Mark Childress sends word that the National Park Service is mad at Bob Hope. Can't Bob catch a break? First there was that author who blamed everything bad on Bob. And we suppose this will encourage the belief espoused at "Emulsion Compulsion" (and recently reported here) that Bob is controlling everyone's thought patterns. Guess what, everybody? I still love Bob! I am going to comfort myself with my May-June 1979 issue of FILM COMMENT magazine, and I suggest you do the same. ITEM: Dave Kehr has issued a brief but titillating "blog" description of Jerry's recent live event. It's the only account I've found so far. Here's my favorite part: "It was a full house and one that skewed surprisingly young, raising hope that the Lewis legacy has been passed on to a new generation." Mr. Kehr, to quote Smokey Robinson, "I second that emotion." Also, the people who leave comments on Kehr's "web" site are something else. People like Jonathan Rosenbaum, for example. But I REALLY love the people who are knowledgeable and sincere and obsessive and often enraged and leave dozens and dozens of ever more intricate, violently passionate and Ouroboros-like comments. You can't tell it with the Jerry "post" (yet) but go back and thumb through some of Mr. Kehr's "posts" with hundreds of addenda. I leapt in on the Jerry "post" myself, replying to James L. Neibaur's comment (he wrote a book called THE BOB HOPE FILMS, by the way), by expressing some of my reservations about THREE ON A COUCH. I also worked in a seemingly offhand reference to McNeil, part of my plan to turn him into a one-name celebrity phenomenon like Cher. Anyway, after that some other person wrote in and took up for THREE ON A COUCH, warded off the blow I had dealt to its honor, which made me love that person. Finally I have found a place where I belong. Goodbye forever. 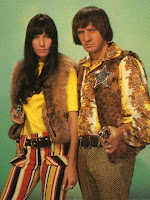 Posted by Jack Pendarvis at 7:10 AM