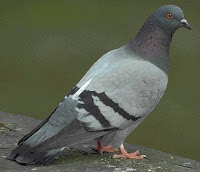 Hey! I just saw a Cheetos commercial in which the primary (only?) use of Cheetos occurred when a woman threw some Cheetos on the ground at the feet of another woman. The intended - and successful - effect of the action was that a flock of horrifying pigeons attacked the woman at whose feet the Cheetos had been thrown, so eager were they to devour the Cheetos that were lying there unappetizingly on the dirty ground. It struck me as a strange use for Cheetos in a commercial advertising Cheetos! But there is much about our strange modern world that I do not comprehend.
Posted by Jack Pendarvis at 8:54 PM