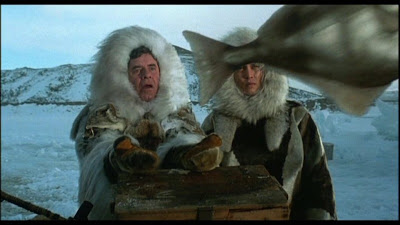 Just watching Emir Kusturica's ARIZONA DREAM (thanks, dvr!) to get myself ready for Jerry's appearance on the Oscars tomorrow night. We'll be looking for "Blog" Buddies Mark and Kimb Osborne to "stroll down" the "red carpet" as well! Speaking of awards, "Blog" Buddy Lynn Shelton won a big "Independent Spirit" award this afternoon. And who should be spied sitting in the audience but Debra Winger, who was recently standing near me while someone gave me an oatmeal tip? Finally, Barry B. really DID watch LI'L ABNER! He is a trouper and a man of his word. And a masochist, apparently. He called last night to tell me that Jerry Lewis has a cameo in it, which I would have known if it hadn't so easily disturbed me and made me turn away from the screen in burning shame. That'll teach me not to finish what I start! This has been your All-Star Entertainment Wrap-Up for today, February 21st, 2009. See you next time! Until then, keep "reaching" for the "stars"! (Pictured, Jerry Lewis and Johnny Depp in ARIZONA DREAM, which also stars Vincent Gallo, Faye Dunaway, Lili Taylor, Michael J. Pollard, and all the other craziest people on earth.)
Posted by Jack Pendarvis at 6:32 PM