A Cold Glass of Tom Hanks 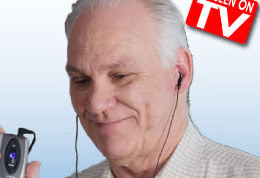 Jerry Lewis is never in the New York Times anymore. He's only in their "blogs," of which they have millions, and that's not good enough. What happened? Most recently I spotted Jerry in a wine "blog" of the New York Times, where the guy compared him to Prosecco, I think. Here: he said that for him (the writer) to refer "to cava as the 'Prosecco of Spain'" is "as if the French were to refer to Tom Hanks as the Jerry Lewis of America." I am making some charts and graphs to figure out what that means. No, wait, that makes Jerry the cava, doesn't it? No, I was right the first time, he's the Prosecco. In this Spenserian allegory, the writer is the French, Tom Hanks is cava, Jerry Lewis is Prosecco, and Spain is America? Even if that's right, WHAT DOES IT MEAN? What would it MEAN for a French person to call Tom Hanks the Jerry Lewis of America? Because isn't Jerry Lewis the Jerry Lewis of America? And what does that make Tom Hanks? Plus, isn't the writer complaining about his own headline (he is quoting the headline of an article he wrote)? It could be that he didn't write the headline. I think I'm missing the point. Let us substitute some of the words in his "blog" article with their allegorical counterparts and see how they stand up. "It’s a sad indication of the lack of respect accorded Tom Hanks that this sparkling wine, with a production that completely dwarfs that of Jerry Lewis, still gets second-banana billing... All over America you’ll see people refreshing themselves with a cold glass of Tom Hanks." No, it's still not working. Is Tom Hanks a second banana in France? Do people spit on him as he walks down the street? Maybe I'm thinking too much. Where it really breaks down is that Prosecco isn't produced in Spain, while America can proudly claim to be the producer of Jerry Lewis. For the allegory to work completely, Jerry Lewis would have to be from Hungary or somewhere, AND very popular in the present-day US, more popular than Tom Hanks. Is that right? No, Jerry would have to be currently the biggest star in France, AND from some other place entirely, let's say Monaco. My head hurts. I'm tired of taking these bones the New York Times is tossing to me. Plus it's the old snickering and inaccurate "the French love Jerry Lewis" gag I've worked so hard to abolish - I think that's what it is! I don't know, because it doesn't make sense. Have my efforts been for naught? Yes. Yes they have. I hope you have enough self-respect not to have read this far.
Posted by Jack Pendarvis at 8:17 AM