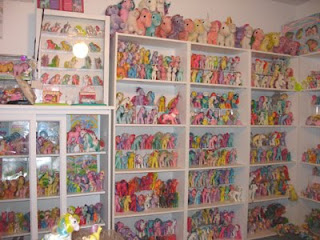 I mentioned the "reliability" of wikipedia in my last "post," and I suppose it is instructive that if you "click" on the OXFORD CLASSICAL DICTIONARY "link" in it, you will be taken to something about "pterippi," which is something some dude made up, I guess, and stuck on wikipedia, the pernicious influence of which reaches even unto this My Little Pony fan forum, wherein someone says, "Lol, should we start calling winged ponies pterippi?!" Lol indeed, my friend. Lol indeed. But not in a nice way. Enough about My Little Pony! Our real project for today is to see what THE OXFORD CLASSICAL DICTIONARY has to say about the kithara. "Late in the 7th cent. BC, apparently after a period of experimentation, the great kithara that became the major instrument of professional and public performance first appears in art." And then there is a lot of stuff about "horn-shaped extensions" and lack of readily apparent "sound-holes" and arms that are "certainly hollow," arms which "curve forward" in later Roman depictions. "Quite probably this was so on the classical kithara, but Greek artists never successfully portrayed that instrument in profile." Hey, look: "Star instrumentalists and singers were idolized by the public, and like their modern counterparts enhanced their musical acts with striking costumes and histrionic bodily movements," sniffs THE OXFORD CLASSICAL DICTIONARY. "But as always in musical history, the new music gradually became old hat." What does THE OXFORD CLASSICAL DICTIONARY have stuck in its craw, I wonder? "There was a steady demand for instrumental accompanists, chorus-trainers, elementary teachers, and other hacks. [! - ed.] Pipe-girls and other entertainers... were professionals too, in their way, relying on music for a living." In their way! Wow. Way to put down the pipe-girls. What did the pipe-girls ever do to you? THE OXFORD CLASSICAL DICTIONARY really hates rock and roll. You know, I thought this OXFORD CLASSICAL DICTIONARY was going to come in handy. Yet it never truly helped me understand the allusions in Battlestar Galactica.
Posted by Jack Pendarvis at 7:01 AM