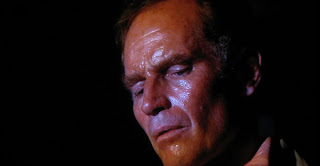 "Keep up the blogging about Christianity: The First Three Thousand Years," raves our friend from Hubcap City. In fact, our work has inspired his own scholarly pursuits: "Your quote from the book about Plato’s picture of government sent me to my copy of The Republic," he reports. "Book III is full of hilarious warnings about music scales. Lydian modes were only suitable for women. The Ionian mode was slack and encouraged drunkenness. Dorian and Phryigian modes were acceptable as they represented men who 'were courageous in warlike deeds and every violent work.' Based on Plato’s definitions, all the music I love must be in the Ionian key. I’m a total failure in the warlike deeds and violent work department. Plato not only despised some scales, he distrusted anyone who made flutes, harps or lutes. Only three instruments were deemed appropriate for his ideal state: the lyre, the cithern and 'a sort of pipe for the herdsmen.' Hey, goat boy! here’s a sort of pipe for you to toot. Now get back to work sitting on a rock surrounded by your herd!" We thank our friend from Hubcap City for a most admirable summary.
Posted by Jack Pendarvis at 3:38 PM