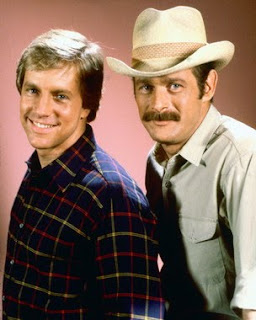 What about this crazy character Simeon the Foolish? He was one of those holy fools such as you're always reading about in your Dostoevsky! Get a load of this guy! He "threw nuts at women during church services and gleefully rushed naked into the women's section of the city bathhouse ('as if for the glory of God,' his biographer optimistically commented)." Well, folks, that's right, this is a record: a second "post" in one day summarizing CHRISTIANITY: THE FIRST THREE THOUSAND YEARS by Diarmaid MacCulloch. There are just so many characters in this section I'm reading right now. What about poor old Arius, for example? He seemed like an okay guy. Sure, he had some views that were considered heretical, but he was pardoned by Constantine, so everything was copacetic, right? But guess what? Then he probably died of "an acute attack of dysentery in a latrine in Constantinople." And that's not even the worst part! His enemies made up a mocking hymn about him dying in a latrine and SANG IT IN CHURCH! That doesn't sound very nice at all! I can't even quote the hymn here! It is scatological beyond belief, like a teen comedy. But I also got to read about another Simeon, not the Simeon mentioned above, no, the other Simeon, one I always enjoy reading and thinking about, who sat on top of a sixty-foot pillar for forty years. He was the subject of that wild movie SIMON OF THE DESERT by Bunuel. As anticipated in the previous "post," I got to the first section of pictures in the book, and there is one of Simeon's actual pillar, or what's left of it. As MacCulloch puts it kind of wonderfully, it now looks like "a well-sucked lollipop." Speaking of the other Simeon, the first one, I forgot to tell you that when some women mocked him he supposedly cursed them and they all turned cross-eyed! Do you think maybe he had a problem with women? Go back and look at the evidence! And speaking of pictures, here are the characters Simon and Simon from the TV show SIMON AND SIMON to represent Simeon and Simeon. Just like their saintly predecessors, one Simon was uptight and stiff as if from sitting on a pole for forty years and the other was a rascal, or at least that's the way I remember it.
Posted by Jack Pendarvis at 7:06 PM