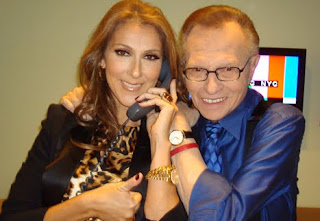 "A pigeon cannot eat a Cheeto, no matter how hard he tries," reports Laura Lippman via her facebook page. "I watched two of them peck and peck and peck and they could not conquer this Cheeto. They finally gave up." Little could she know how directly this ties into concerns of the "blog": to be specific, the strange Cheetos commercial involving pigeons, which bothers us so very much. Hey, hey, look, I don't want to get anybody down. That's not my bag! I realize that I complain about commercials too much, which is not in keeping with the upbeat spirit of the "blog." So before I go on, let me remind you about the many commercials I love: 1) the one where the dog is worried about his bone. 2) the radio ad for the hardware store. 3) the money clip. 4) space sticks. And I know there have been others, but I'm tired. Now that I am in a complaining mood, the most irresistible of all moods, I beg your indulgence. Let me just mention one last commercial - really a series of commercials - that is driving me crazy. It's for Netflix, and it features what I suppose is a parody of a 1950s sitcom family - take that, artifact from half a century ago! - played by actors with zombie-like affectations that I assume are supposed to be terribly subversive. The dad, for example, is a Patrick Fischler wannabe to whom I feel like shouting through the TV screen, "You, sir, are no Patrick Fischler!" The tone of the commercial seems to be informed by a block of cartoons and skit programs on basic cable that are targeted toward reinforcing the prematurely jaded sensibilities of privileged white male children 18-24, saturating it with a kind of double reverse repressive desublimation that really turns me blue, like that billboard for oatmeal that drives Phil crazy. They (the ersatz sitcom family), stiff and wide-eyed, use a lot of 80s slang with implied quotation marks around it, ALMOST causing me some remorse for all my own cute quotation marks - ALMOST. There! Now I feel better. Let's get back to being happy again.
Posted by Jack Pendarvis at 11:11 AM