Time once again for All-Star Entertainment Wrap-Up, your one place on the "internet" for all the latest in celebrity entertainment news. ITEM! I actually remembered, without having to look it up, the name of the actor who played the wisecracking reporter on LOU GRANT: Robert Walden. Why didn't I include it in the previous "post"? Is there some level of knowledge about TV shows that only dead people remember to which not even I wish to confess? ITEM! According to the New York Times, last night's Family Guy cartoon program "paid tribute" to the Jerry Lewis film THE ERRAND BOY. Why am I telling you this? I don't exactly know! It wasn't even the actual New York Times; it was just one of their "blogs." I have never seen a whole episode of the Family Guy, which is why I feel awkward reporting this information. But any resurgence of Jerry is worth a mention! And people enjoy the Family Guy. I know several people who claim to enjoy it a lot! And I cannot say they are wrong. ITEM! This picture of Barbara Feldon is not a random picture, although that is how the "blog" is generally illustrated now. When I was "linking" to Sam Waterston in the previous "post" (see the second "link" above), I discovered that I had captured it via "stolen bandwidth," back before I knew what "stolen bandwidth" was, or that stealing it was wrong (I still don't really understand anything about it, but I don't steal it anymore!). So I replaced the old "stolen" picture of Barbara Feldon with this one, which is not stolen, at least not in the same way. Which reminds me, beware! I suppose hidden here and there on the "blog," without my knowledge, might be some naughty pictures placed there surreptitiously by people from whom I innocently and ignorantly stole bandwidth at one time. It is a punishment they enact! Usually the naughty picture will have "STOP STEALING BANDWIDTH" printed on it. One day I will make everything right. Gosh, I guess I owe Robert Walden a picture too. I am sorry I pretended to forget you, Robert Walden! I never did! 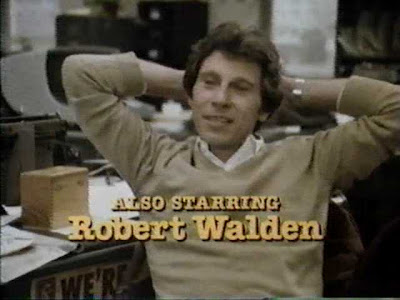 Posted by Jack Pendarvis at 8:23 AM