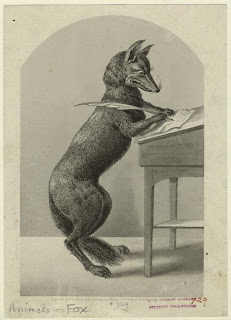 Jerry Lewis homage confirmed: I have now watched a sufficient amount of AUTHOR! AUTHOR! to tell you that Al Pacino says "I'm very ANXious, WaHOYoh!" Moving on from the Jerry imitation, we do indeed - as reported earlier - cut to a roaring fire, where Al Pacino says, "I guess everybody figures, New York playwright..." and then he analyzes himself. So he doesn't say, "The thing about being a writer is..." no, we were wrong about that, but it's almost as piteous. And then he says, "I'm never at ease, Alice." A few lines later, he says it again: "I'm never at ease." Poor writers!
Posted by Jack Pendarvis at 9:56 AM