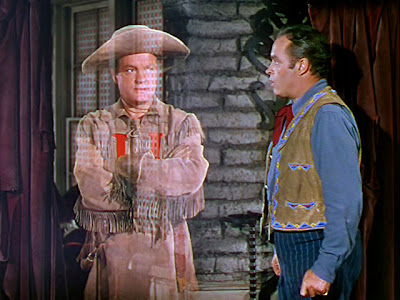 I stumbled on a book by a woman who claims to have been the mind-controlled puppet of Henry Kissinger and Bob Hope. I don't want to "link" to it because I don't want to seem to make fun of or draw undue attention to the woman, who obviously has some problems, and also, I do not as a rule "link" to the impersonal behemoth of an electronic bookstore upon which I saw the book. As usual, though, the people who make the customer comments on the behemoth are interesting. One suggests that this woman's story is part of the same secret government program that produced Tiger Woods and Britney Spears. But allow me to quote directly: "Is this due to an organized effort by 'people in the know' to create dissassociated [sic], robotic, yet super talented pawns? Would 'Disney-created' Britney Spears be one? Tiger Woods another? Read how his dad trained him and you might think twice - what cinched it for me was seeing a tape of Tiger as a toddler being presented as a golf prodigy on the old Mike Douglas show by none other than BOB HOPE!" (Caps and exclamation point original to the commenter, who goes on to ask - somewhat reasonably - why Lindsay Lohan is "in so many movies where she is either a twin, plays 2 people or switches personalities.") Now, you may recall from an earlier "blog" report that there was a woman - an entirely different woman! - who used to write letters to the government complaining that Bob Hope "is violently insane and uses abnormal thinking processes which introject and project others’ egos." Those letters were originally printed in Harper's magazine, though we came across them thanks to "Emulsion Compulsion." So that makes two different women we know of who believed that Bob Hope was controlling their thoughts. So that's weird! Remember, I am a Bob Hope fan! I like his old movies a lot, though I do not and cannot approve of any mind control he might have done! To be fair to the woman, who may want to sell some books (the content of which I cannot endorse!), her work is named after a famous song Bob sang if you want to try to find it. I should mention that some of the material involved, however amusing for a sentence or two, turns out to be extremely depressing and sordid. You're better off just sticking with the "blog"!
Posted by Jack Pendarvis at 6:21 PM