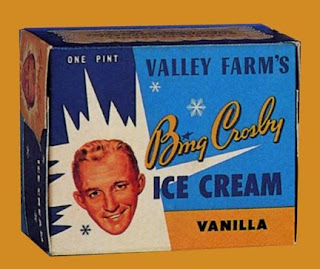 You thought I was kidding about the UFOs, didn't you? First check this previous incontrovertible evidence. Now dig this! They even pop up in my book club book. For some reason that I can't quite wrap my head around, Joe E. Lewis writes his biographer a long letter that is entirely composed of one-liners. "The newspapers are still making a fuss about Communists and flying saucers," he writes. Then he makes some wisecracks about Communists and flying saucers. You know, stuff like, "If you want to see flying saucers, just pinch a waitress." That's his letter to his biographer! Here, by way of contrast, is how his biographer writes: "The biographer is a hunter, and the spoor led me to Las Vegas." And: "The gardens were peaceful and sweet-scented in the moonlight." Also: "Within him the coil of fear unwound." Anyway, I finished the book. So, did I go back to CHRISTIANITY: THE FIRST THREE THOUSAND YEARS and pick up where I left off at page 623? Ha ha ha! You're hilarious. No, before retiring, I read the first chapter of I OWE RUSSIA $1200 by Bob Hope. Then, when I turned the page to Chapter Two, there was an illustration of Bob Hope and Bing Crosby in SPACESUITS! Coincidence? Well, yes. In today's New York Times, there is a sad and touching article about the son of crooner Billy Eckstine. He (the son) has become a street person whose "life's calling," he says, is "photographing alien spacecraft above Manhattan." I don't mean to make light of his predicament in any way. But I was already writing this "post," so I thought I ought to mention it. (The illustration is what popped up when I did a "Google Image Search" for "bing crosby bob hope astronauts." Who am I to argue?)
Posted by Jack Pendarvis at 7:19 AM