Sun Ra to the Rescue 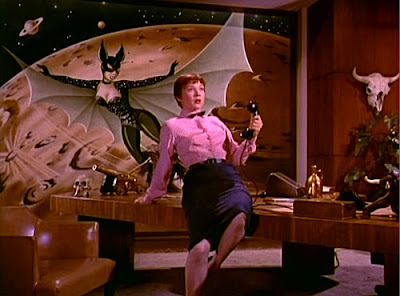 Oh, C-Span, you know you are my favorite! Or my second favorite! Right after TCM! I turned you on just now, C-Span, and saw - by a gruesome mistake! Because the "blog" is not political! - the little finger-waggling weeping white man who works himself up into little hissy fits that would bewilder and even disgust our grandfathers, though he thinks - the blubbering little cuss does - he would like to live with them by "returning" to their times. So this time you made me feel bad, C-Span, but that is what I love about you. You just turn on the camera and let it roll, baby. I happened to catch a moment during which the little blubberer choked himself up with his own rhetoric, with his fears, he said, just moments ago, that his children, our children, are destined to be "slaves," yes, he used that word a couple of times in the tiny moment I happened to observe, and there he stood in front of the Lincoln memorial on the anniversary of Dr. King's speech there. It is none of my business! I am jolly! Go for it, Weepy! Knock yourself out! You seem to be having a good time making yourself cry in public. I used to do that in college! Yet I turned you off, C-Span, and put on some Sun Ra - superstitiously, I think, the way some people burn sage to purify the air. All I know is I'm leaving on Sun Ra all day. Back at TBS, we had a thing called "counterprogramming," which I am pretty sure is not a real word. For example, we would show ANDY GRIFFITH SHOW reruns all day during the Super Bowl, the idea being that Andy Griffith was the opposite of the Super Bowl, though I am not privy to the thought process behind that calculation. Anyway, Sun Ra is my counterprogramming. Drive wickedness from my mind with your mighty light, Sun Ra! Also, here is a picture of Shirley MacLaine in ARTISTS AND MODELS from a deleted "post." She will help, too! And I will think of the kid who came over last night with his folks - not yet ten years of age is he! - who asked, unbidden, if we had any Jerry Lewis movies he could watch on his computer. There's your hope for the future!

Posted by Jack Pendarvis at 9:58 AM