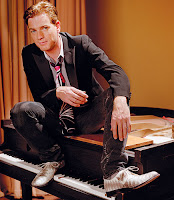 Welcome once again to James Whorton, Jr.'s C-Spandemonium! It has been too long. Whorton writes: "I feel a little guilty because I've been watching lots of C-Span lately and saying nothing about it to you. I saw the program on the Nixon Presidential Library, which included some video of Nixon doing a sound check in the Oval Office just prior to his resignation speech on August 8, 1974. He was affable except at one point when he told the White House photographer to stop taking pictures of him. He said, 'That's enough, Ollie.' Coincidentally, that is a phrase I often use too," Whorton goes on, "because we have a cat named Ollie who is always knocking stuff around and pulling on the upholstery. 'That's enough, Ollie.'" Mr. Whorton includes a picture of Nixon snapped by Ollie (the photographer, not Whorton's cat). We choose not to "post" it here because we had a shot of G. Gordon Liddy yesterday. It is kind of like the time we didn't "post" a photo of Ewan McGregor because we had already "posted" one of Rufus Sewell. Also, there have been plenty of pictures of Nixon on the "blog" ("click" here or here if you don't believe me) not to mention one of Magruder. I don't wish to give the wrong impression. The Ollie Atkins photo provided by Mr. Whorton showed Nixon playing the piano. In that spirit, we lift our McGregor ban and show him sitting on a piano for your edification.
Posted by Jack Pendarvis at 8:45 AM