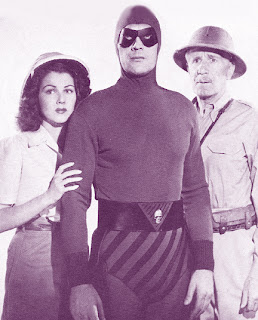 What am I reading now? Thanks for asking! Hey, remember last year when I used to care that no one cared what I was reading? I thought it was impolite and presumptuous to burden you, or so I said! But now I don't care. I feel so free! So, I'm reading THE EYE. No, not the comic book about a giant floating eye who goes around defeating criminals by looking at them. It's THE EYE, a short novel by Vladimir Nabokov. I originally bought it because I had been informed that it is a "farcical detective story" (that's what it says on the back of the book) and I supposed that it might do me some good, writing a "farcical detective story" as I am at the moment. It's moot because I already have way more pages of my book than there are in THE EYE (104, as I have previously reported) and sadly, to my detriment, it's just too late for this one to be influenced by Nabokov. I did find something that would work as an epigraph: "In respect to myself I was now an onlooker. My belief in the phantomatic nature of my existence entitled me to certain amusements." Phantomatic! Oh Nabokov, you rascal! But I already have an epigraph. See how much fun it is to read "blogs"? Now I'm going to shut up about my book, which has been neither finished nor sold, because I've already put a huge jinx on it. Just because I can, I'm going to put up this old picture of the Phantom that I've used before. Phantomatic!
Posted by Jack Pendarvis at 7:39 AM