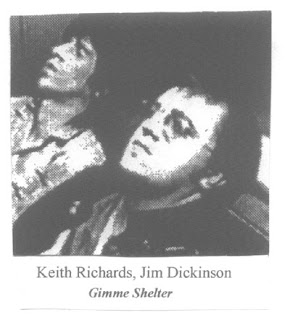 As I have mentioned here before, one crazy thing I will never, ever forget - and which by all rights never should have happened - is singing on the radio with the great and generous Jim Dickinson playing piano. I have just found out that he passed away. Here are some of his amazing "sideman credits." He even performed on the Sun label. He produced a lot of records, too, including one of the greatest - Big Star's Third/Sister Lovers - as well as Theresa's favorite Replacements album. Here's something from the former. Don't be fooled by the subtitles. Though the footage is from earlier days, the music is from Mr. Dickinson's masterpiece.

Posted by Jack Pendarvis at 7:21 PM