Then the Wild Boar Rose and Stood, and Rushed Out by the Open Door 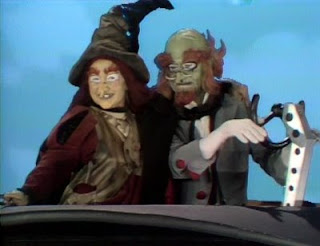 I have been looking into this subject of the possibly magical pig because I have nothing else to do with my life. In my recent "post" I called it a "regular boar" but I wasn't too happy with the "link" to the story (a site that gives you ideas for Irish baby names) and just look at this crazy old text I found on the "internet" now. According to it, the pig killed 30 warriors one morning. That's pretty good for a pig! So maybe it had some magic going on after all. Plus Diarmuid was under a spell that said his life would be just exactly as long as the pig's (I think. I sort of skimmed that part). So he could not kill the pig, see? Or he'd die himself. But - SPOILER ALERT! - he did. He killed the pig and the pig killed him, all thanks to the magic spell. If they had left one another alone, I guess they'd both be okay. And isn't that a valuable lesson for all of us? Oh, and dig this: "Then came the steward again with a magic wand of sorcery, and struck his son with that wand so that he made of him a cropped green pig, having neither ears or tail, and he said, 'I conjure thee that thou have the same length of life as Diarmuid O’Duibne, and that it be by thee that he shall fall at last.' Then the wild boar rose and stood, and rushed out by the open door. When Angus heard those spells laid upon thee, he conjured thee never to hunt a swine; and that wild boar is the wild boar of Benn Gulban, and it is not meet for thee to await him upon this hill." (That's from the text "linked" to above.) So it was a pig with no ears and no tail and it used to be a guy, but he got changed into a pig by his evil magical dad. So I'm leaning toward magic again pretty heavily. Yes, I feel safe in saying it was a magic pig. And green! That's some pig, all right. Pictured (above), Charles Nelson Reilly (with friend) as the sorcerer, let's say.

Posted by Jack Pendarvis at 7:08 PM