An Ant In His Moon Boot 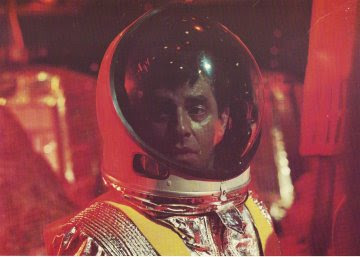 McNeil called to say how much better the movie 2001 would have been with Jerry Lewis in it. In McNeil's opinion, those guys on the moon plod around the monolith in silence for far too long. "If one of them were Jerry," McNeil said, "an ant would get in his boot." Then McNeil described Jerry Lewis trying to get an ant out of his boot on the moon. McNeil was showing one of his college classes some of 2001. Then he stopped it and showed a party scene from the Jerry Lewis space movie WAY... WAY OUT, by way of contrast. The class preferred Jerry, McNeil reports.
Posted by Jack Pendarvis at 11:56 AM