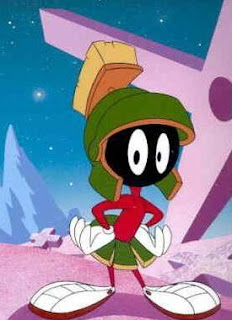 I was starting to fret that June, 2010, would be the "blog's" first month ever without a contribution from McNeil! Thank goodness, then, right under the wire, he's back with a report about a little boy from Mars. One of his daughters found it on the "internet"! So it is an appropriate Father's Day contribution from Team McNeil. When the boy in question was two years old, "he would sit in a lotus position and start telling us detailed facts about Mars, planetary systems and other civilizations, which really puzzled us," says his mother. Kids!
Posted by Jack Pendarvis at 6:23 AM