Nominalists and Lollards and Hussites, Oh My 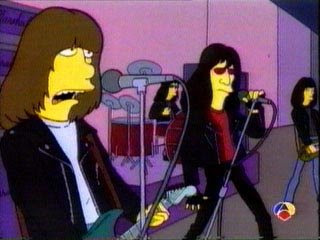 CHRISTIANITY: THE FIRST THREE THOUSAND YEARS by Diarmaid MacCulloch. Reading a section called "Nominalists, Lollards, and Hussites." Wow! Those nominalists and Lollards are something else, let me tell you! They're like the Sex Pistols and Ramones of 14th-century Catholicism, respectively. I haven't really thought out that comparison, but it feels solid, doesn't it? It really does. "Lollards" was a "contemptuous nickname" meaning "mumblers who talked nonsense." That was "the man" trying to get the Lollards down because they were so punk rock. "The man" even dug up the Lollards' founder's bones SEVERAL DECADES after his death and burned them! Well, I suppose if you have to be burned for heresy, that's the best way to do it. I can't compare the Hussites to a band yet, haven't read enough about them. Don't worry, I'll get back to you.
Posted by Jack Pendarvis at 8:12 AM