Life Is Full of Choices 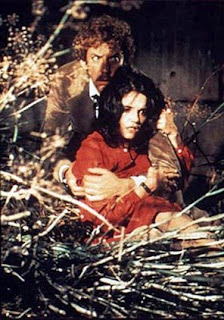 McNeil is always complaining! Now his computer isn't loading his youtube clips fast enough, so he wants me to watch them and issue "a full report." This assignment, should I choose to accept it, represents nearly twenty minutes of my young life! So far I have managed to ascertain that the first clip ("click" here) is from an old sitcom about a man whose father is frozen in an untimely glacier accident. So get this: when the father is discovered and unthawed many years later, he is just 33 years old... and his son is 67! In the TV biz, we used to call that the old switcheroo. Opportunities for zany mix-ups abound! Now I just have to watch the other nine minutes and twenty seconds of that clip. As for the next one ("click" here), a small plane lands and then a car drives and then Burl Ives walks into a hotel smoking a cigar. (No, grammarians, the hotel is not smoking a cigar, but that was a good one! Good for you!) That part takes 44 seconds! Forty-four seconds of my precious life! Burl Ives introduces himself as "OK Crackerby, Stillwater, Oklahoma." He says, "These are my kids." One of the boys looks familiar. But the girl looks very familiar. I can almost swear that she is Brooke Adams, who starred in the awesome 70s remake of INVASION OF THE BODY SNATCHERS (pictured). I also want to say that she is married now in real life to Tony Shalhoub. Why do I know these things, assuming they are correct? Assuming they are not correct, why do I think I know them? Was Brooke Adams a child actor? So many questions. So many ways to run out the clock! If I can work up some energy later today, I will watch McNeil's two clips in their entirety, so you don't have to.
Posted by Jack Pendarvis at 6:24 AM