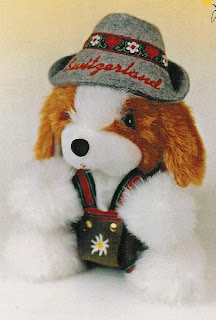 Now it is time once again for those two most dreaded words in "blogdom" - "Literary Matters." I apologize in advance. Today we have but two literary matters and I think we can handle it. 1) SPOILER ALERT ahead! James Sepsey writes in - spurred by the Robert Walser book cover showing a monkey holding a straight razor - to remind me that the orangutan in "The Murders in the Rue Morgue" by Edgar Allan Poe uses a straight razor, too, first as it adorably pretends to shave and second as it less adorably kills some people. Sepsey also claims that Poe got the idea for the murderous orangutan from a beloved real-life show biz ape named "Jocko!" (exclamation point original to the ape, claims Sepsey. I am not going to bother to "fact check" this or any other claim about "Jocko!" because the thought of "Jocko!" makes me happy and this is a "blog" and who really cares?) 2) Speaking of Robert Walser, our friend from Hubcap City reveals that he had always thought of Walser vaguely as some sort of Swiss Stephen Crane, and imagined downbeat stories of men in lederhosen lying around in opium dens, which did not appeal to him. The "blog" has changed his mind, he says. He wants to give Robert Walser a chance. He also wants to stress that he admires Stephen Crane for all that seamy MAGGIE: A GIRL OF THE STREETS stuff, though he wasn't overly eager to see the Swiss version. I'm paraphrasing.
Posted by Jack Pendarvis at 10:42 AM