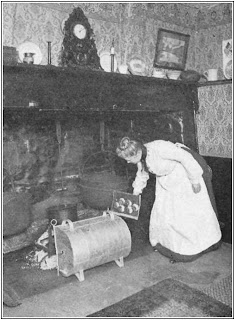 Welcome once again to the greatest feature in the history of the "blog," "Oatmeal Tips." I am not sure today's oatmeal tip is really an oatmeal tip. At best it is a secondhand tip. It may be an anecdote. But it does corroborate the strong feelings of Mark Childress on the subject of McCann's steel-cut oatmeal as expressed in the previous installment of "Oatmeal Tips." Today's oatmeal tip, if that's what it is, comes from the guy who "friended" me on facebook. You know the guy. The one who used a picture of Jerry Lewis and a chimpanzee from this very "blog" as his facebook profile picture. We'll call him "Brian Z.," because that's his name. Writes Mr. Z.: "I read the Chicago-based website 'Chicagoist,' and it so happens that they recently posted an appreciative, informative piece about steel-cut oatmeal. [Please note: the "link" contains a "link" to our bête noire, the unnamed behemoth. "Click" at your own risk -ed.] It describes [Mr. Z. goes on] the difference between steel-cut and rolled oats in some detail, contains a link to some Oatmeal Tips on the McCann's website, and provides an Oatmeal Tip of its own. A must-read for the oatmeal devotee. In other oatmeal news, my mother made an Apple Crisp recently for her book group (she was hosting) which contained oatmeal as part of its topping. I had some and it was tasty enough, although I maintain that 'crisp' is just a lazy man's version of pie." Mr. Z. goes on to emphasize that he does not think his mother is lazy. Got an oatmeal tip? Send it to "Oatmeal Tips" c/o "Writer" Oxford, MS 38655. (Pictured, someone I found on the "internet" to represent Mr. Z.'s mother.)
Posted by Jack Pendarvis at 4:37 PM