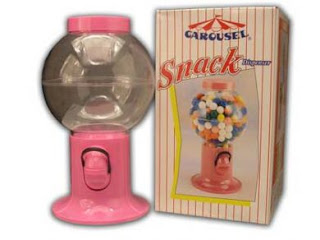 I have just returned from the launch of Kitty Snacks, which the editors described this evening as a cross between a magazine and a zine. So I guess it's a gazine! Whatever it is, it's great. I pulled a "Sheri Joseph" at tonight's event. I am referring to the time Sheri Joseph read part of my novel to an audience when I could not be there. Tonight I read contributions from two Kitty Snacks contributors who were not present: Kent and McNeil. First I read the dialogue from one of Kent's comic strips out loud, and explained the pictures. A good time was had by all. Though perhaps it is best to read a comic strip for yourself! On the other hand, my stilted descriptions of Kent's panels may have added a certain unintended layer of fun. But chances are they did not! Luckily, not even I could ruin Kent's comic strip for the enthusiastic crowd. McNeil's story was a hit as well. Here is one of McNeil's lines that got a HUGE LAUGH: "They tried to take my memory away, but I said, 'Uh-uh. No way.' And then I don't remember what happened." Another part near the end made ME laugh (a high-pitched choking giggle, I fear) as I read, which I consider very unprofessional. In fact, on the PREVIOUS AFTERNOON by some stroke of irony I had instructed my graduate students NEVER TO LAUGH AS THEY READ. And a bunch of them were there to see me fail. But I was reading someone else's story, which is not as bad as laughing at your own story, which was the main thing under consideration in my prescient lecture. Or am I rationalizing? MAYBE! If YOU couldn't be there, why not buy a copy of Kitty Snacks for yourself? And then you can pretend! I was happy to see the man who says "palimpsest" there at the Kitty Snacks launch. When I told him that I have known McNeil since I was 13, he asked for some reason, "Does he like Jerry Lewis, too?" And I said, "Does he!" Then the man who says "palimpsest" said that he has rented CINDERFELLA and plans to watch it soon. It's going to be his first Jerry movie. And I was like, this is the greatest night ever. Thanks, Kitty Snacks!
Posted by Jack Pendarvis at 9:44 PM